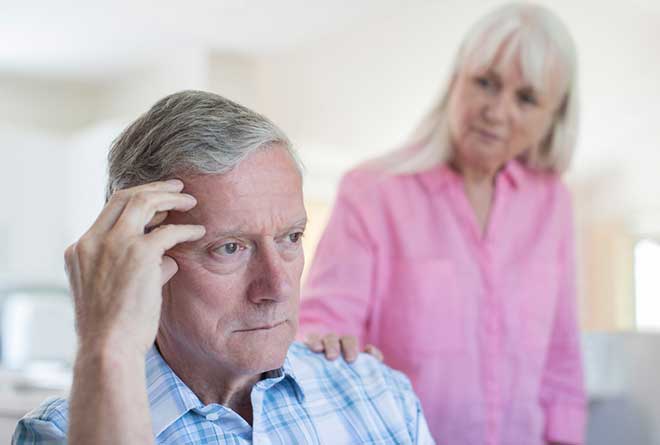 Dementia and memory problems affect 10% of people over age 65 and 50% over age 85, with Dementia of Alzheimer type being the most common form. Many conditions can cause memory issues and dementia including other neurodegenerative conditions like Parkinson and Lewy Body, strokes, hydrocephalus, metabolic conditions, vitamin deficiencies, and head injuries.

During the evaluation for memory, disorders brain imaging like CT or MRI may be required, as well as blood tests. Memory testing including questionnaires and computerized testing (NCOG) is also standard.

If diagnosed with dementia, medications can help improve performance especially early on in the course of the condition.

Typically we look at Dementia as being a mild phase where cognitive issues predominate, then a moderate phase where functional daytime issues like feeding and bathing become difficult, and lastly a severe phase where sometime behavioral issues such as agitation, aggression, wandering, paranoia and paranoia can occur. But the condition varies widely from patient to patient.

Evaluation and treatment of comorbid conditions such as sleep disorders and mood disorders can be an important part of treatment.