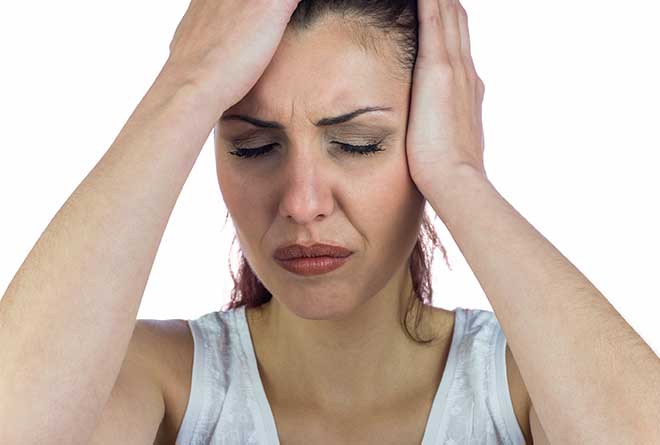 Symptoms that suggest migraine are if they are disabling, occur on one side, throb, make you want to be still, sensitivity to light, sound or smell, and can cause nausea or vomiting.

Many folks do not know that migraines can be associated with visual changes, dizziness, neck pain, numbness, speech problems, and even paralysis. Rarely severe confusion and episodes of disorientation prompting hospitalization. Migraine can progress to be a disabling condition and is actually the second most disabling condition by days lived with disability, second only to stroke.

We know a lot about migraines now. A big generator of the migraine looks to be the hypothalamus, in the middle of the brain, the part that control sleep and hunger and mood. The propagator of the migraine pain and neurologic symptoms is the Trigeminal Vascular system that courses around the brain and skull and neck. Neuropeptides such as CRGP cause inflammation and dilation of the system and are the target for the various acute and preventative therapies for migraine.

The classes of drugs that treat acute migraines include triptans, and the newer ditans and gepants, which act by reversing the neurologic inflammation in the trigeminal vascular system. It is common to see patients try to manage their migraines by overusing over the counter medications. This actually transforms their intermittent migraine into a chronic daily headache, called medication overuse headache, and can be very difficult to treat.

Environmental factors such as barometric pressure shifts and allergens can trigger migraines. Hormones, stress, and dietary triggers such as MSG, nitrates, and tyramine are very commonly associated with migraine. TMJ and cervical spine issues can also be a trigger for headaches in some.

If you are having more than 4 migraines and month there are a number of pill which taken daily can reduce the frequency of migraine. More than that injections called CGRP blokcers are usually given monthly. More than 15 migraine and headache days a month patients are usually put on botox (BOTOX) every 3 months.