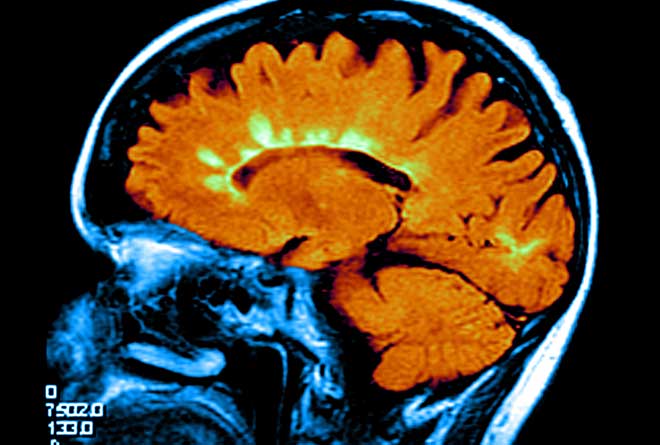 What is Multiple Sclerosis?

Multiple Sclerosis (MS) is an autoimmune disease that affects the Central Nervous System (CNS) which is composed of the Brain and the Spinal Cord. The CNS can be further categorized as gray matter, which are the cells that do all the computing of the brain and spinal cord, and the white matter, or myelin, which is a fatty substance that insulates the nerves in the brain and spinal cord so the nerves can transmit electrical signal quickly, just like a copper wire surrounded by rubber insulation. During an attack or “relapse” the immune system damages the myelin, which disrupts the electrical function of the brain or spinal cord and results in neurologic symptoms such as changes in vision, speech, numbness, weakness, balance, bladder, bowel, mood or cognitive issues.

How is MS diagnosed?

MRI of the Brain and sometimes the spinal cord is the usually the first test. Sometimes an enhancing agent Gadolinium is helpful. A lumbar puncture (LP) to analyze the spinal fluid can help to confirm the diagnosis or rule out other diagnoses, such as infection. A lumbar puncture can be done in the office or with Xray fluoroscopic guidance.

Though MS can cluster in certain families, it is not considered to be a passed on trait. It is seen in men and women from all over the globe.

What types of MS are there?

Though the classification has changed over the years, the most common form is Relapsing Remitting, where one has an attack which then gets better over weeks or months to varying degrees. Secondary-Progressive usually refers to those to get back only some function after and attack. Primary-Progressive is reserved for those who continuously progress without definite attacks. Sometimes it is difficult to determine what is an attack or just a MS related exacerbation, such as from heat or dehydration.

Medicines that reduce the relapse rate in Multiple Sclerosis is the primary focus of therapy. The first few medicines to come out for MS were Beta Interferons and peptides which stimulated the interferon sites, which were intramuscular shots that reduce the relapse by around 1/3. These include medications like Betseron, Avonex, and Copaxone. The next phase of medication are pills which, including Gilenya, Tecfidera, and Aubuagio, which are in general more effective and very tolerated and in general have slightly better efficacy. The latest phase of medications are mainly infusion such as Tysabri and Ocrevus, that are given monthly or bi-annuals that are very powerful but may have more in the way of side effects and are generally reserved for patients that are progressing in spite of current therapy. Other medications can be used for common symptoms seen in Multiple Sclerosis like difficulty walking, spasticity, numbness, pain, mood issues, bladder issues, fatigue and concentration. Oral steroids IV steroids are frequently prescribed for a MS attack but there is limited data about its real efficacy.