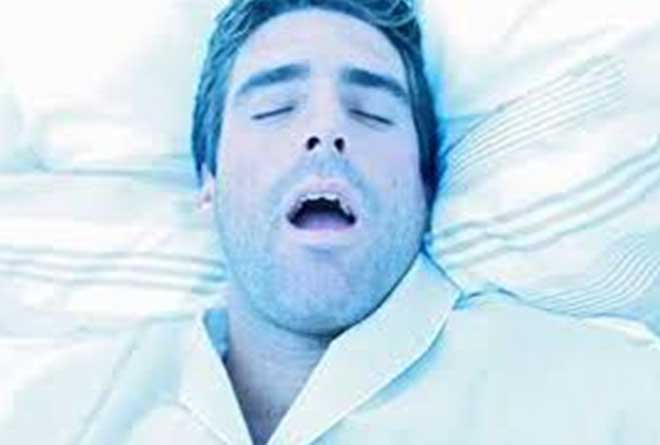 SLEEP APNEA Obstructive sleep apnea occurs when the throat collapses while sleeping, blocking the airway. Snoring can be a sign of sleep apnea, and patients may be sleepy during the day or complain of fatigue, or tiredness. Sleep Apnea is seen in around 5% of the population. By blocking the airway, the bodies oxygen levels drop at night and cause significant stress to the body. Sleep Apnea is associated with high blood pressure, heart attack, stroke, heart failure, diabetes, glaucoma, acid reflux to name a few.

A sleep study either at home or in the lab can is how sleep apnea is diagnoses. There are a number of treatment options for sleep apnea including oral appliances with mandibular advancement, continuous positive airway pressure, and hypoglossal nerve stimulation. In some cases, surgery is recommended.

NARCOLEPSY is a rare condition affected 1 in 2000. It is due to a deficiency of Hypocretin in the brain. This lead to a constellation of symptoms including difficulty staying awake, even after appropriate sleep, sleep paralysis, dream like hallucinations, and a loss of motor control (cataplexy) usually associated with emotion. Patients with Narcolepsy can also have difficulty maintaining appropriate sleep at night.

RESTELSS LEGS is a common condtion seen in aobut 15% of the population. The four criteria are an urge to move legs associated with an unpleasant feeling, an imporovment with movement, a worsening if you do not move, and symptoms that are worse at night. Iron defiency is a common cause of RLS and should be checked. There are a number of different classes of medication that can be very helpful for RLS.

INSOMNIA tends to be broken up into those having difficulty getting to sleep, and those who have difficulty staying asleep. There are many medications available now to treat sleep either by causing sedation or by inhibiting wakefulness. However, medications can have side effects, can cause disruption of normal sleep architecture, and can be habituating, meaning patients can feel dependent on them. In the elderly insomnia medication has been associated with memory loss and falls.

Herbal regimens can be safe, and can be effective for some. This may be more related to a peaceful quiet wind down time as opposed to the actual chemical effect of the herb itself. For instance if you drink some herbal tea in the middle of a stressful day you do not feel the overwhelming need to take a nap right then and there. Diphenhydramine, (Benadryl) works on the other hand by blocking histamine, so more anti-wake, and does not affect sleep architecture and is not habituating, but it can dry you out and has a longer half-life so daytime grogginess can be an issue.

Melatonin is widely overused. It is a natural hormone that that peaks about 2 hrs before your natural sleep time which is what makes you an early bird, more average, or a night owl. It can be used to move someone from a later sleep phase to an earlier phase such as a teenager who needs to get to bed much earlier than they want, or helping with jet lag adjustment. Melatonin in high doses can be used to help patients with dementia re-establish a sleep-wake rhythm cycle. But Melatonin is not an insomnia aid and should not be used as such.

Good sleep hygiene is the most important thing one can do, such as having a quiet, cool, dark room, no distractions such as TV, phones, or even digital clocks, not spending too much or too little time in bed, only going to bed when sleepy and not being in bed when you aren’t sleepy. The latter two are the main cognitive behavior techniques we utilize in insomnia called sleep restriction therapy, and stimulus control therapy.